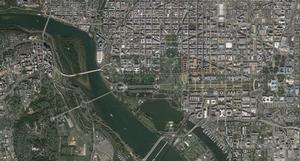 The Gold Star Mothers National Monument Foundation proposes to establish a permanent commemorative work honoring the sacrifice of Gold Star Mothers, whose children have perished during military service. Public Law 112-239 authorizes the commemoration of the sacrifices made by mothers, and made by their sons and daughters who as members of the Armed Forces make the ultimate sacrifice, in defense of the United States.

The Gold Star Mothers National Monument Foundation, in cooperation with the National Park Service (NPS), would design and construct a memorial at a selected site located either within National Mall and Memorial Parks or the George Washington Memorial Parkway. The NPS would be responsible for its long-term maintenance.