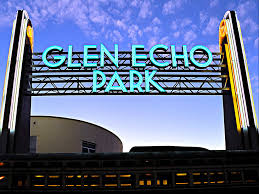 The George Washington Memorial Parkway (GWMP)—a scenic roadway honoring the nation's first president, that protects and preserves cultural and natural resources along the Potomac River below Great Falls to Mount Vernon— is an important commuter roadway and serves as an integral part of the region's transportation system. It is also a National Park, consisting of very important resources that the park staff works to maintain for future generations to uphold the mission of the National Park Service.

The George Washington Memorial Parkway, including Spout Run and Clara Barton Parkway is a series of interconnected, carefully planned, scenic driving routes to the nation's capital. From the north it curves along the Potomac Gorge highlighting steep cliffs and rich woods. For the south it is a broad avenue with monuments to America's history. The unique scenic driving experiences provided along the parkway are achieved through the maintenance and protection of the natural areas as a scenic buffer along an urban area. The GWMP has about 7.4 million annual recreation visitors and about 33 million annual non-recreational (commuter) visitors.

In response to safety concerns observed on the transportation facilities that serve Glen Echo Park, the National Park Service concluded a report which makes recommendations for improvements to vehicular access to the park from Clara Barton Parkway and considers safety and accessibility improvements for pedestrians and cyclists.