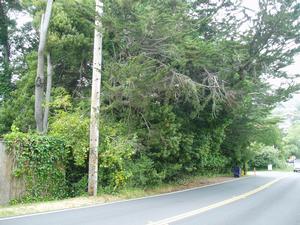 The National Park Service (NPS) will be rehabilitating the Stinson Beach Waste Water Treatment and Disposal System. Stinson Beach is located in the Northern District of the Golden Gate National Recreation area (GOGA) and receives over a million visitors annually. The NPS has identified concerns related to primary subsurface wastewater treatment systems at Stinson Beach. These conditions, in addition to rising groundwater levels and potential sea level rise (SLR) are threatening the viability of the existing wastewater system. The existing Stinson Beach wastewater system consists of 5 separate septic tanks and lift stations with four leach field systems. This system provides service to NPS employees, concessionaires and visitors to Stinson Beach.

The project will replace the existing septic tanks and lift stations with new septic tanks and lift stations or receive a combination of cleaning of one structure and replacement of the other structure. All four drainage fields are to be abandoned and replaced by a single centralized drain field located inland where groundwater and anticipated Sea Level Rise (SLR) are not an issue. Septic systems at each facility will provide primary treatment and settlement of raw sewage. Each facility's lift station will pump the effluent to a centralized equalization tank that feeds into a secondary textile filter treatment system. Treated effluent is then pumped to the centralized drain field system for disposal.

Update (November 2014):
In November 2013 the NPS asked the public for issues and concerns (scoping) regarding the proposed rehabilitation and replacement of the multiple septic systems and lift stations. The NPS took the issues and concerns from the public into consideration as they advanced the schematic design of the project. The NPS said they would seek public review and comment on the Schematic Design (SD). The SD is now complete and the NPS is providing a 30 day public review and comment on the SD starting on November 5, 2014.

Update (Sept/Oct 2015)
The NPS has issued a Construction Contract for the project to begin in late October / early November 2015.

Under the "Document List" tab is information regarding the design and construction of the project.

Questions regarding the Project can be directed to:
goga_planning@nps.gov
or
Mia Monroe @ 415-561-4964