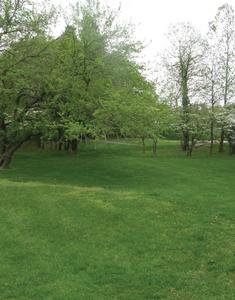 The public is invited to review and comment on the Langley Fork Park and Langley Oaks Park Land Exchange Environmental Assessment (EA) for the National Park Service (NPS).

The EA evaluates a proposed exchange of land between the National Park Service (NPS) and Fairfax County Park Authority (FCPA), and a range of development options at Langley Fork Park that would occur subsequent to the proposed FCPA land exchange with NPS. The NPS is accepting comments through May 11, 2018.

The purpose of the action is an exchange of land between the NPS and FCPA to facilitate site improvement and expansion of the current recreational facilities at Langley Fork Park. This exchange would remove the George Washington Memorial Parkway from administering athletic fields at Langley Fork Park and allow the FCPA to make improvements that would help meet public need for athletic fields. NPS would manage Langley Oaks Park in its natural condition, ensuring permanent protection of the Potomac Gorge watershed and site resources, with no initial plans for change or development.

NPS evaluated three action alternatives for the potential land exchange and proposed park improvements. NPS also evaluated the impacts of a no action alternative, in which the exchange would not occur and the existing parks and facilities would not be altered. The
NPS has identified "Alternative 4: Land Exchange with Mid-Level Development at Langley Fork Park by FCPA" as the preferred alternative. Under this alternative, NPS and FCPA would exchange the NPS-owned Langley Fork Park, part of the George Washington Memorial Parkway, with a portion of the FCPA-owned Langley Oaks Park, and would upgrade the Langley Fork Park facilities to potentially include expansion and improvement of athletic fields, increased signage and trail infrastructure, a pavilion, and expanded and reconfigured parking.