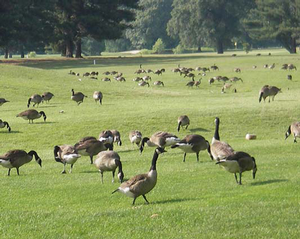 The Anacostia River was historically flanked with nearly 2,500 acres of tidal marsh. However, in the early 20th century the Army Corps of Engineers was charged with a major "reclamation" effort and contained the river within a stone seawall.

In the 1980s and the National Park Service (NPS) began working with others to restore nearly 100 acres of tidal marsh. The restoration of tidal marshes was hoped to improve the water quality of the Anacostia River, improve native plant and animal diversity, and provide a more natural recreation experience for park visitors along the river.

NPS initially started an EA to address these concerns. However, after considering comments received during public scoping, initially evaluating potential alternatives, and continuing to examine data, the National Park Service decided to complete an EIS rather than an EA for this plan. Due to the potential for significant impacts associated with some of the alternatives considered in the EA, additional detailed scientific analysis and data collection is needed.

The scope of the plan/EIS remained the same as the EA: the Park identified the need to address management tools for resident Canada geese, hydrologic regimes, invasive species, and wetland vegetation planting methods. Additionally, issues such as the effect of urbanization and toxicity were considered. Stabilization methods used to address erosion and sedimentation, such as the sheet piling used at Fringe Marsh, were examined.

Comments on the plan/DEIS were accepted from June through September 26th, 2011. Copies of the document were distributed to individuals, agencies, organizations, and local libraries/community centers. The document was also available online. The Final Plan/EIS provided responses to substantive comments made on the Draft Plan/EIS and incorporated those comments and suggested revisions where appropriate. The signed Record of Decision (ROD) has also been uploaded, under "Document List."