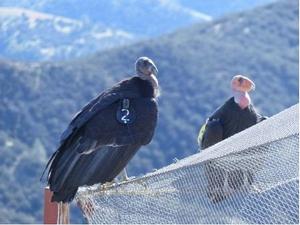 We are very pleased to announce the availability of a Finding of No Significant Impact and Final Environmental Assessment for the Northern California Condor Restoration Program. These completed documents are the result of your participation in a public planning process that began in 2016. We want to express our gratitude to the many people who participated in public meetings in California and Oregon and provided comments during public scoping and review.

After consideration of the environmental assessment; public, tribal, and agency comments; and the 2006 National Park Service Management Policies, the finding concludes that the project will not significantly affect the quality of the human environment. Preparation of an environmental impact statement is not required.

The Finding of No Significant Impact and Final Environmental Assessment for the Northern California Condor Restoration Program is the result of a partnership between the National Park Service (NPS), US Fish and Wildlife Service (USFWS), and Yurok Tribe, working as co-lead entities to implement the requirements of the National Environmental Policy Act (NEPA). The actions proposed in the Final Environmental Assessment for the Northern California Condor Restoration Program will further the recovery of the California condor by establishing a new population in the species' historical range in the Pacific Northwest through captive releases at the park, while simultaneously reintroducing condors to the Yurok Ancestral Territory. Restoring condors to Redwood National Park will contribute to the restoration of the redwood ecosystem in accordance with legislation establishing the park and fulfill directives of the Constitution of the Yurok Tribe to restore natural resources and support tribal efforts to preserve and promote Yurok culture. The National Park Service and Yurok Tribe plan to begin implementation of the project in 2021, with the potential for condors to be released in the park later in the year.