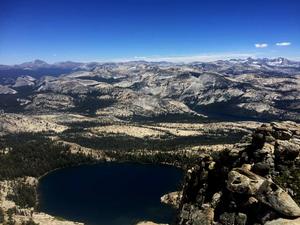 Yosemite National Park has long been a place for inspiration, wonder, and discovery. Officially designated by the California Wilderness Act in 1984, the Yosemite Wilderness Area encompasses over 94% of Yosemite National Park and is currently managed under the 1989 Wilderness Management Plan. Although effective, changing use patterns, increased visitation, and emerging threats to resources have prompted the park to develop an updated management plan, the Yosemite Wilderness Stewardship Plan (WSP). The purpose of the WSP, and associated Environmental Impact Statement (EIS), is to review the management direction established by the 1989 Plan and update it as necessary to better align with contemporary use patterns and NPS policy. The primary focus of the new WSP/EIS will be to provide a framework for measuring and monitoring wilderness character to ensure that future management actions will be taken as needed to adapt to changing conditions.

The Park initiated the WSP/EIS in 2015 and conducted a public scoping comment period that winter. In association with public scoping, the Park hosted two meetings and three webinars in an effort to engage the public and other stakeholders in the planning process. In 2016, the park released preliminary concepts and ideas aimed at addressing visitor use and capacity, and stock use issues. The public was given the opportunity to engage with NPS staff during four in-person meetings, and two webinars, and was encouraged to provide input regarding these ideas during a second comment period (summer 2016).

On behalf of Yosemite National Park, the wilderness planning team wishes to express our gratitude for the extensive public involvement we have received during the initial phases of developing the park's Wilderness Stewardship Plan. We are now turning our attention to additional research, data collection and analysis to refine management alternatives before releasing additional materials for public comment. Extending the analytical phase of the project has delayed the release of the draft EIS for public comment and the record of decision beyond the projected completion date. As we get closer to the next round of public involvement, we will alert you to upcoming opportunities to re-engage with this important effort.