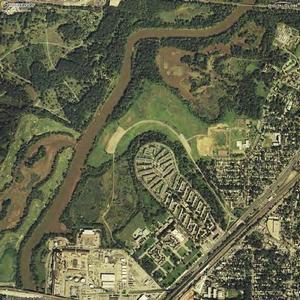 On March 5, 2013, the National Park Service (NPS) will issue the Proposed Plan for Cleanup of the Kenilworth Park Landfill Site located in Washington, D.C. NPS will hold a public meeting to discuss the Proposed Plan.

NPS conducted environmental investigations and evaluated risks posed to human health and the environment by contaminants at the Site, and developed a range of cleanup options in the Remedial Investigations and Feasibility Study. These studies were performed under the Comprehensive Environmental Response, Compensation, and Liability Act (CERCLA), also known as Superfund. The Proposed Plan identifies a preferred alternative for cleaning up contaminated soils at the Site and also includes a summary of the other cleanup alternatives evaluated along with the rationale for selection of the Preferred Alternative.

The Site has been divided into two operable units (OUs): OU1 comprises surface and subsurface soils, including the waste material disposed of within the landfill; OU2 is the shallow groundwater underlying OU1. The Proposed Plan presents the Preferred Alternative for OU1. OU2 is being evaluated separately.

NPS evaluated the following options for addressing the contaminated surface and subsurface soils at the Site:

The proposed preferred alternative for OU1 is Alternative 3b, which calls for placing 24 inches of clean, low-permeability soil over the existing ground surface after low areas are regraded and filled. The top six inches of the cap would be topsoil to facilitate revegetation, and perimeter methane monitoring would be performed before, during, and after soil cap placement. Although this is the Preferred Alternative at the present time, NPS welcomes the public's comments on all of the alternatives listed above.

The formal comment period begins on March 5, 2013 and ends on May 6, 2013. NPS will choose the final cleanup plan after the comment period ends, and may select any one of the options after taking public comments into account. See instructions below for further information on how to submit comments.

Copies of key Site documents, including the RI/FS Reports and Proposed Plan, are available on the internet at: www.nps.gov/nace/parkmgmt/kpls.htm

Copies of these documents also may be found in the Kenilworth Park Landfill Site Administrative Record File, which will be supplemented on March 5, 2013. Copies are also available under the highlighted link "Open for Comment".

The Administrative Record File is available at: