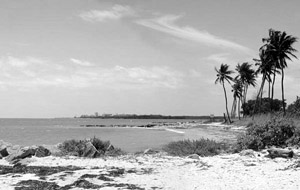 On December 17, 2002, Public Law 107-343 was established. It directs the Secretary of the Interior to "conduct a study of Virginia Key Beach Park, which was used for recreation by African Americans at a time when public beaches were racially segregated by law."

The purpose of the Virginia Key Beach Park Special Resource Study is to assess the potential of the site for inclusion as a unit of the National Park System. New areas are typically added to the National Park System by an Act of Congress. Before deciding to establish a new park, Congress often authorizes the National Park Service to gather information regarding the area's resources and its ability to meet the established criteria. This study evaluates the VKBP site and formulates recommendations for consideration by Congress.

These criteria are designed to ensure that the National Park System includes only the most outstanding examples of the nation's natural, cultural, and recreational resources. They also recognize that there are other management alternatives for preserving the nation's outstanding resources.

Study Update:
Virginia Key Beach Park meets only one of the four required SRS criteria that are necessary for the site to be considered for inclusion in the National Park System. That criterion is feasibility.

The NPS has concluded that, although the park does not meet all the criteria, it is an important historical and cultural site. It deserves recognition for its role in the history of civil rights in Miami. Its significance, however, appears to be best recognized by its listing in the NRHP with the possibility of upgrading its level of significance from the local level to the State level.

For more information write us at: