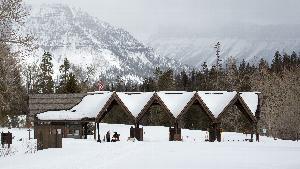 The National Park Service (NPS) encourages public comment on a proposal to adjust winter operating dates and times in Yellowstone National Park. The park is proposing two adaptive management modifications to the 2012-2013 Winter Use Plan and Supplemental Environmental Impact Statement (SEIS)/ Record of Decision (ROD). The modifications include:

1) Align the opening and closing dates for the East Entrance with other park entrances. Under this change, the East Entrance would open no earlier than December 15 and close no later than March 15. The existing seasonal closures of December 15-21 and March 2-15 were originally implemented due to avalanche safety concerns on Sylvan Pass. With many years of implementation, the NPS now has the operational capacity and expertise to safely open the pass on December 15 and to keep it open until March 15. This change will standardize opening and closing dates for the entire park.

2) Change the daily opening time for the South Entrance from 7 a.m. to 8 a.m. The current opening time means that contract holders/operators leave Jackson, Wyoming well before sunrise, and before road conditions can be properly assessed and hazards mitigated by NPS staff.

Proposed changes for the East and South Entrances are permitted under the Winter Use SEIS and ROD, which allows for adaptive management. The proposed changes do not require revisions to the Final Winter Use Rule. The park will make a decision on this proposal after evaluating public comments and completing compliance requirements for the National Environmental Policy Act, Endangered Species Act, Section 106 of the National Historic Preservation Act, and other applicable laws and regulations.

The park invites the public to provide feedback regarding the proposed changes to winter operating dates and times by navigating to the "Open for Comment" tab on the left of your screen. For more information regarding winter use management, please visit www.nps.gov/yell/learn/management/winter-use-history.htm