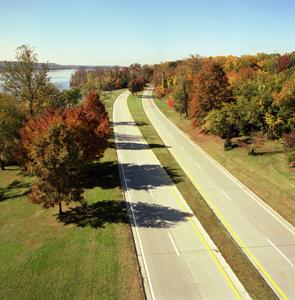 We are interested in your feedback about possible fee increases at Great Falls Park proposed for implementation in 2015.

Great Falls Park was legislated into the George Washington Memorial Parkway in 1966. In 2006, the entrance fee was raised to $5, where it remains. This fee provides entry for all occupants in a private vehicle for three consecutive days. Entrance fees are not charged for persons 15 years and younger or for holders of a variety of passes, including the Interagency Pass, the Military Pass, the Access Pass and the Senior Pass. These passes may be purchased at Great Falls Park when booths are staffed. To learn more about passes that are available, visit http://www.nps.gov/findapark/passes.htm.

With few exceptions, National Parks across the United States have not increased entrance fees since 2006. However, in order to provide funding necessary for key projects and programs, all 131 fee-collecting National Park sites are evaluating fee increases.

In August, the NPS released an updated rate schedule for all units that charge entrance fees. The 3-day pass for vehicles, motorcycles and pedestrians will be increased to be valid for 7 days. Vehicle passes will increase from $5.00 to $15.00; Motorcycle passes from $5.00 to $10.00 and pedestrian passes from $3.00 to $7.00. The park annual pass will increase from $20.00 to $30.00 through the calendar month purchased the following year.

Eighty percent of the money collected at Great Falls Park is used at the George Washington Memorial Parkway to provide facilities and services that have direct benefit to park visitors. The remaining 20 percent helps support projects in the 270 national park units that do not charge entrance fees.

At the George Washington Memorial Parkway, fees are used to improve visitor facilities like the visitor Center and restrooms at Great Falls Park, historic resources at Arlington House and Clara Barton Parkway, improvements to trails and scenic overlooks, restroom improvements, including water and wastewater systems; films and interpretive exhibits; printing of brochures, maps and a variety of other projects and visitor services.