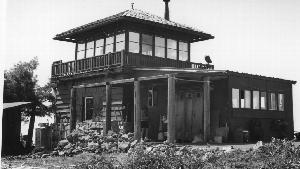 The National Park Service is proposing to initiate prescribed burns as early as fall 2020 in the North Crane Flat Burn Unit (PW-05). The proposed burn would cover an area of approximately 670 acres of the park just north of the Big Oak Flat Road to the west of the Crane Flat area. This project will build on past prescribed fire activities and recent thinning and pile burning work in the area with the goal of reducing fuel loading in the North Crane Flat unit to secure the roads and handlines as holding lines.

Prescribed fire preparation may include felling trees for firefighter safety or as part of the burn strategy and piling hazardous fuels. Utility task vehicles, chainsaws, and hand tools would be used to support preparation of the project area and prescribed burning activities. If additional control lines are deemed necessary to facilitate safe burning and to protect resources, they will be reviewed by an interdisciplinary team and approved by the deciding official prior to implementation. The interdisciplinary team is made up of NPS fire staff as well as cultural and natural resources staff (including archaeologists, historians, and cultural anthropologists/tribal liaisons). The ignition of the prescribed burn is expected to be accomplished through drip torches. Helicopters or UAVs may be used to assist with the burn if needed.

The Crane Flat Burn Unit prescribed burn project is located at the park's western boundary and lies between two giant sequoia groves (the Tuolumne Grove to the north and the Merced Grove to the south). The area is bounded to the south by the Big Oak Flat Road and to the east by Tioga Road, major park roads providing access to Yosemite Valley and the high-country wilderness area of the park, respectively. The desired forest condition is a landscape that is ecologically healthy and resilient to high intensity fire.