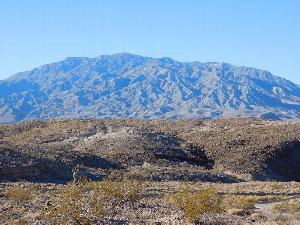 Grapevine Firing Range (Site) is a former small arms range located off an unimproved administrative road heading generally east from the Grapevine Housing Area and Ranger Station compound located off Scotty's Castle Road (also known as North Highway). The Site is on the southern side of the canyon, partially on a rocky hillside and partially within a dry wash (arroyo), approximately 0.75 miles east of the housing area.

It is believed that the shooting range was only used several times per year (over a 2- to 3-year period in the early 1990s) for target practice and to qualify NPS staff for gun permits. The Site has reportedly been inactive since 1992 and is closed to the public.

There are bullets and bullet fragments within the soils surrounding the former backstop, firing lines, and other related areas. Human health and ecological risks exist from lead and antimony. Approximately 77 cubic yards of surface soil/gravel were above these removal goals.

Following the review and comment period, the EE/CA Report will be revised as necessary and issued in final form. Then the NPS will issue an Action Memorandum formally selecting the response action alternative for the Site.

Once those steps have been taken, NPS will seek funding to implement the selected response action for the Site. Once funding is secured, Site cleanup can proceed.