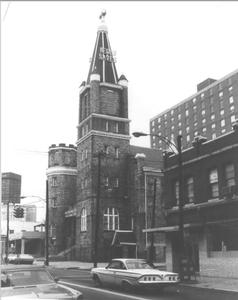 The National Park Service (NPS) is undertaking an assessment of the integrity and condition of the Sweet Auburn National Historic Landmark (NHL) District. The Sweet Auburn neighborhood is centered along a stretch of Auburn Avenue that includes commercial, residential, and religious buildings associated with Atlanta's African American community dating from the late nineteenth century through the early twentieth century. In the early twentieth century Auburn Avenue was a thriving center of African American commercial, social, religious, and political activity. John Wesley Dobbs (1882 —1961), an African American civic and political leader, coined the name "Sweet Auburn" in reference to the prosperity and opportunity afforded by the neighborhood.

The National Park Service monitors the condition of National Historic Landmarks to ensure that they continue to possess the historic qualities for which they were designated. As a part of the assessment process, the NPS is commissioning a study from New South Associates that will document, in narrative and graphic formats, major changes that occurred within and adjacent to the district since its designation in 1976. The effort involves research, a reconnaissance survey, photographic documentation, Geographic Information Systems analysis, and mapping. The assessment will also examine current and future projects and trends that may affect the integrity of the Sweet Auburn NHL District. The NPS hopes that the information contained in this study will aid in the stewardship of the NHL by providing policy makers and the public with a better understanding of the District.