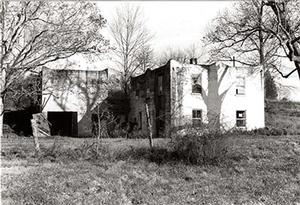 Fredericksburg and Spotsylvania National Military Park proposes to remove a non-contributing house, garage and chicken coop known as the Verna House and outbuildings, from the Chancellorsville Battlefield. The structures are located at 9713 Plank Road, Spotsylvania, VA 22553.

The Verna House and outbuildings were built ca.1930-1945 and sit in the middle of the Stonewall Jackson Flank Attack zone of the Chancellorsville Battlefield. None of the buildings are historically significant, nor do they possess architectural distinction deserving of listing on the National Register of Historic Places.

In 2003, the National Park Service (NPS) completed a Determination of Eligibility for the Verna House, garage and the chicken coop. At that time, the Virginia State Historic Preservation Officer (SHPO) concurred with the park's finding that this structure is non-contributing.

The NPS purchased the Richardson House and garage in 2000. Other associated structures that sat behind the house were removed at that time. Per the park's current General Management Plan, "nonhistoric structures will be removed from the historic scene as they are acquired." The park now proposes to remove the Verna House, garage and chicken coop. Work will consist of the demolition of the structures. As th house and garage are built into the side of a knoll, restoration of the landscape will be necessary. The park proposes to leave the east wall of the two structures standing, to stabilize the knoll, and to bring in approximately 700 cubic yards of clean fill to restore the original and natural slope of the knoll. The site will be seeded with natural grasses. The long-term plan for the property is to maintain the site with routine cutting.

This project will consist of removing three historic but non-contributing structures on the Verna Property in order to restore the historic scene.