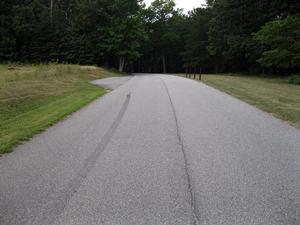 Today, the National Park Service maintains approximately 30 miles of roads within the boundaries of the park, 27 miles of these roads are classified as public use park roads. These roads were constructed in the 1930s to provide visitors an opportunity to see the battlefields and the 38 miles of earthworks in the park. Parking areas were later installed to facilitate access to prominent sites along these roads and at designated stops along the park's driving tour.

In 2010, over 2 million people visited the park and used the park roads. Increasing visitor-use and traffic strains the efficiency and carrying capacity of many of the park roads. Today, many of the roads are in need of attention and maintenance. Moreover, in the last ten years, the park has seen a steady increase in use of the park by recreational visitors. The park is seeking to find a way to maintain its park roads and reduce the frequency with which they require repaving and maintenance. To that end, the park is proposing to repave Hill-Ewell Drive on the Wilderness Battlefield using a chip seal application.