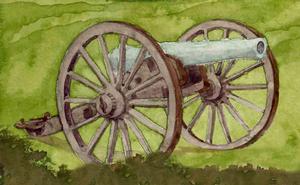 The National Park Service has concluded a special resource study of the Shepherdstown Battlefield, located near the town of Shepherdstown, West Virginia. In 2009, Congress passed legislation directing the National Park Service (NPS) to evaluate the national significance of the battlefield. The legislation also directed the NPS to study the suitability and feasibility of adding the battlefield to the national park system as an addition to either Harpers Ferry National Historical Park or Antietam National Battlefield.

The National Park Service has determined that the Shepherdstown Battlefield does not meet National Park Service criteria for a new stand-alone park, but that a 510-acre area in the center of the battlefield would be a suitable addition to Antietam National Battlefield because of the close historical and geographical connection between the two battles. The Department of the Interior has transmitted the study recommendation and findings to Congress for its consideration. It is up to Congress to decide whether to adjust the boundary of Antietam National Battlefield to include the Shepherdstown Battlefield.

Final study documents can be found on this website on the "Document List" page. The page can also be accessed at the following URL;