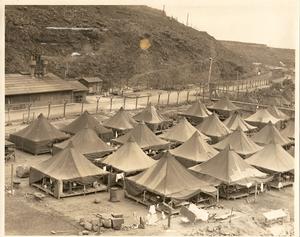 We're happy to announce that President Barack Obama designated Honouliuli National Monument by presidential proclamation on February 24, 2015. On March 31, 2015, Secretary of the Interior Sally Jewell, together with leaders in Hawai'i, dedicated the site as Hawai'i's newest unit of the national park system.

In addition, the National Park Service is pleased to announce the completion of the Honouliuli Gulch and Associated Sites Special Resource Study. The Secretary transmitted the final study to Congress in August 2015. The final study report includes the NPS determinations about the eligibility of the study area as a unit of the national park system, as well as the selected alternative recommended to Congress. Comments received on the draft study report during public review in 2014 are reflected in the final study findings and the selected alternative.

The alternative recommended to Congress is the National Park Service Director's most effective and efficient alternative for the long-term protection and public enjoyment of nationally significant resources in Honouliuli Gulch. The selected alternative is alternative B (Honouliuli National Historic Site or National Monument). Some additional refinements have been made to reflect public concerns, to address public access and boundary issues, and to provide for efficient management.

The selected alternative would establish Honouliuli National Historic Site as a new unit of the national park system. Alternatively, a national monument managed by the National Park Service could be established. The national historic site or national monument would include the historic site of the Honouliuli Internment Camp and adjacent lands that provide opportunities for visitor facilities. The National Park Service would preserve the site and interpret the internment of Japanese Americans and European Americans in Hawaiʻi during World War II in collaboration with partners. The national historic site or monument would be supported by operational capacity at World War II Valor in the Pacific National Monument, Pearl Harbor. The National Park Service could respond to requests for technical assistance for the preservation and interpretation of other sites, features, and stories related to internment in Hawaiʻi during World War II.

Thank you for your involvement in the Honouliuli Gulch and Associated Sites Special Resource Study.