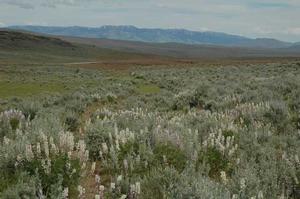 Since the original designation of the Oregon, Mormon Pioneer, California, and Pony Express national historic trails, a significant amount of interest and research has developed concerning additional routes followed by emigrants to Oregon, California, and Utah, and on alternate routes used by the Pony Express.

In recognition of the perceived national importance of these routes and in response to public advocacy for the inclusion of these routes in the National Trails System, Congress passed the Omnibus Public Lands Management Act (Public Law 111-11) in March 2009. The Act in part directs the Secretary of the Interior to revise the original feasibility studies of the Oregon, Mormon Pioneer, California, and Pony Express national historic trails. The purpose of the revisions is to determine the feasibility and suitability of designating 64 additional components, specifically named in the law, as well as "such other routes ... that the Secretary considers appropriate ..."

The revisions were prepared as a single, combined document, not trail by trail. Although initial internal scoping determined that an environmental assessment would be required, policy directed the use of a categorical exclusion for NEPA compliance.

This study was completed and transmitted to Congress in January 2020 for consideration. The study document, appendix, and transmittal letters are available at: https://parkplanning.nps.gov/FinalFourTrailsNHTStudy2020

Thank you for your interest in this planning project.