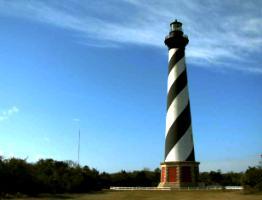 The U.S. Coast Guard (USCG) is proposing to replace an existing USCG-owned 425-foot-tall guyed communications tower with a new 525-foot-tall guyed tower on Coast Guard-administered property on Cape Hatteras in Dare County, North Carolina. The tower would be constructed near the former Coast Guard Station Cape Hatteras offices and maintenance buildings, which were transferred to the National Park Service in 2004. The USCG has identified the need to modernize and replace its antiquated maritime search and rescue communications system in North Carolina as part of a nationwide mandate. The new communications system known as "Rescue 21" has repeatedly demonstrated its ability in helping the USCG save lives and will improve maritime safety within surrounding waters.