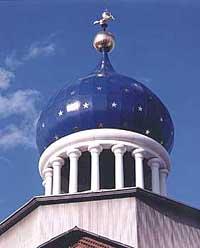 The Coltsville Special Resource Study, in accordance with previous legislation (Public Law 105-391 – the Coltsville Study Act of 2003) has been published for public comment. The study examines whether the Coltsville Historic District should be designated a unit of the national park system.

Following NPS criteria, the study examines the national significance of the Coltsville Historic District, its suitability and feasibility for potential designation as a unit of the national park system, and the need for NPS management of the resource versus management by other public or private entities. This report was developed by the Northeast Regional Office of the National Park Service (NPS).

The special resource study has four chapters: 1) describes the purpose and background of the study process; 2) discusses the history and resources of Coltsville from its development by Samuel Colt in 1855 until the present day; 3) analyzes whether the resources of the district meet the various criteria for potential unit designation including national significance, suitability, feasibility, and need for NPS management; 4) describes the required consultation and coordination that occurred during the study, including a summary of public meetings and written communications.