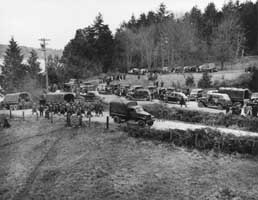 As directed by Congress, the study contains a range of alternatives for consideration, and identifies the "Most Effective and Efficient Management Alternative", which is study Alternative C. This approach recognizes the strong partnership arrangement with units of local government on Bainbridge Island in the future management, operation and protection of the site. Alternative C would also establish the Memorial as a part of the Minidoka Internment National Monument in Idaho, along with maintaining a formal interpretive and educational relationship with Manzanar National Historic Site in California.

We look forward to the prospect of working together with our many partners to preserve this important piece of our collective national history.