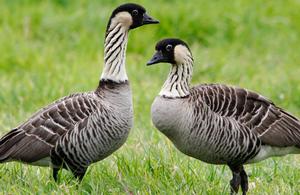 On Monday, February 12, 2018, Haleakalā National Park will hold a public meeting to outline a proposed fee increase for the tri-park annual pass. The meeting will be held from 5pm-6:30pm at the Pukalani Community Center, in the building next to the pool. Public comments will also be accepted online or via email or postal mail from February 1 to March 2, 2018.

From mid-October through mid-December 2014 a public comment period was held. Comments were gathered at visitor centers, online, via postal mail and email, and at two public meetings. From June 1, 2015 through 2017, Haleakalā National Park entrance fees were raised incrementally each year in order to meet national standards for parks with similar visitor amenities. The per-person fee went incrementally from $5 (in 2015) to $12 in 2017. The motorcycle fee was raised incrementally from $5 (in 2015) to $20 in 2017. The per-vehicle pass was raised from $10 to $25 in 2017. The tri-park pass increase is the last proposal to be considered.

Some current projects paid for with entrance fees include the following: Repairs and improvements to the Headquarters Visitor Center's HVAC, hot water systems, and outdoor lighting system, via a contract awarded to Narito Sheetmetal for $213,983.67. Replacement of two sets of automatic sliding doors at Haleakalā Visitor Center through a contract awarded to Stilten Ltd., Co., for $47,271. Scaling work on the Pools of `Ohe`o to remove vegetation, loose debris, and rocks likely to fall. The scaling contract was awarded to Maris Inc., for $98,634.

Some past examples of work fully funded with entrance fees include: Stabilization of silversword populations ($60,000 annually). Restoring park trails ($500,000 annually). Headquarters Visitor Center entrance improvements ($56,038, in 2016). Control of invasive species ($299,000, in 2013). Restoration of native landscapes ($113,000 in 2013). Archeological surveys ($499,500 in 2010). Building new restrooms, providing potable water to visitors, and building a parking lot in the park's Kīpahulu District ($2.75 million, in 2000). Increased fee revenues will provide more funds for these and other types of visitor-focused projects.

The current National Park Service fee program began in 1997 and allows parks to retain 80% of monies collected. The remaining 20% has gone into a fund to support park units where fees are not charged. Prior to 1997, all national park fee monies went back into the General Treasury. Since 1997, fee revenues have funded over $42 million in Haleakalā National Park projects.