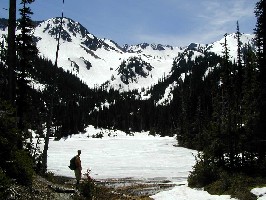 
All public comments received by the National Park Service about the Olympic National Park Draft GMP are available here for your inspection.

Comments that were sent electronically are compiled in one document, along with a number of relatively short comments that were copied verbatim from the originals. Longer comments and those that were sent via other methods were scanned and are attached here as separate files or links. There are three comment letters with file sizes too large to post on this site: 191180, 191222, and 191253. These can be found through this link by copying and pasting the link in your address bar: http://www.nps.gov/olym/parkmgmt/planning.htm
Sorry for this inconvenience.

A sample of each form letter is shown here; multiple copies of the same letter are not included in this compilation of comments.