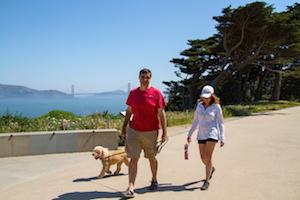 
The Final Environmental Impact Statement for Dog Management in GGNRA was released on December 9, 2016, beginning a 30-day no action period (FEIS is currently available on PEPC). This document analyzes alternative approaches to dog management and recommends Alternative F as the Preferred Alternative. The FEIS reflects and addresses public comments received on the Draft and Supplemental Environmental Impact Statements. There will not be a formal public comment period for the FEIS.

The FEIS Preferred Alternative incorporates a number of changes in response to public comment. A partial list of recent changes include: