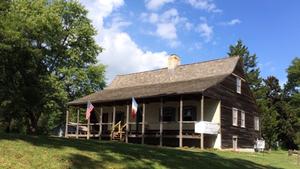 We have already made progress. During its 2018 legislative session, the Missouri General Assembly passed Senate Bill 907, authorizing the Missouri Department of Natural Resources to convey property in Ste. Genevieve to the United States for inclusion in this unit of the National Park Service. On July 17, 2018, the Midwest Regional Director of the National Park Service approved the acquisition through donation of the property known as the Bauvais-Amoureux House within the boundary of the area identified for the park. This is a positive first step toward establishing this new park unit.

The National Park Service and Department of Interior will work with state and local entities towards meeting the conditions for establishment of Ste. Genevieve National Historical Park. The establishment of a new national park can take time, as can making a site ready for NPS operation and visitation. We appreciate your continued interest in Ste. Genevieve as the newest authorized unit of the national park system. We will continue to update this page with new information.