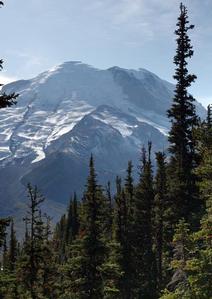 The National Parks Air Tour Management Act of 2000 (NPATMA) governs commercial air tours over national parks, and tribal lands within or abutting national parks, and establishes oversight authority by the Federal Aviation Administration (FAA) of the operators wishing to conduct such tours.

The Act requires that the FAA, and the National Park Service (NPS), jointly develop Air Tour Management Plan (ATMPs) for park or tribal lands within or abutting a National Park where air tour operations occur or are proposed.

The FAA Modernization and Reform Act of 2012 amended the Act to allow the FAA and the NPS to enter into voluntary agreements (VAs) with air tour operators as an alternative to developing ATMPs. The 2012 amendments also exempt national parks with 50 or fewer tours annually from the ATMP and VA requirements.

The proposed ATMP for Mount Rainier National Park is being developed and will be made available for public review in 2021.