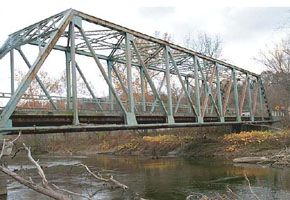 The National Park Service, in cooperation with the Federal Highway Administration, is in the process of preparing an Environmental Assessment for the rehabilitation or replacement of two bridges over the Ohio & Erie Canal (Waste Weir Bridge) and the Cuyahoga River (Fitzwater Truss Bridge), the construction of a public trailhead for the Ohio & Erie Canal Towpath Trail, and miscellaneous improvements on Fitzwater Road.

An environmental assessment (EA) has been completed to analyze the alternatives and assess the impacts of this project.

The NPS and FHWA have selected the preferred alternative (Alternative D, Option 1). A Finding of No Significant Impact (FONSI) was signed on August 29, 2008.