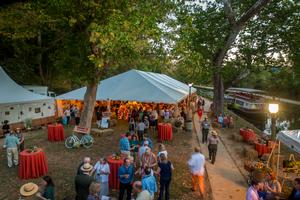 The NPS is seeking public and agency input on the revision of Director's Order #21: Philanthropic Partnerships, the bureau's principal policy to guide NPS engagement in public-private partnerships and provide guidance on the acceptance of private sector support. Please include the page number, line number, and section as the header to your comment as this will make it easier for us to sort comments according to topic.

Director's Order #21, formerly titled "Donations and Fundraising," was first issued in 1998, and was revised in 2006 and 2008. Philanthropic and partnership practices and opportunities have evolved over the last decade, becoming more sophisticated and competitive. The updated policy will align NPS policies for partnerships and philanthropy with best practices in the philanthropic sector and create a framework for the NPS and our partners to implement modern, mission-driven philanthropy.

The audience for the policy is primarily NPS employees. Partners will also be able to use the policy as a guide to create positive philanthropic partnerships with the NPS and on its behalf.

The NPS Director's vision for expanded philanthropy is captured in Policy Memorandum 14-02: Developing a New Framework for National Park Service Partnerships and Philanthropic Stewardship in the 21st Century. This document outlines the need for updated policy guidance and tools for NPS staff and partners. The Director sought input for his vision from the National Park System Advisory Board, through its Philanthropy and Partnerships Committee. The Committee was composed of current NPS partners and philanthropic supporters, as well as, industry experts in partnerships, philanthropy, and branding. The Committee's report, "Toward a New Era of Philanthropy and Partnerships," identifies four broad areas for improving NPS philanthropic and partnership practices: (1) Increasing Donor Stewardship and Donor-Centricity, (2) Optimizing the NPS Stakeholder System, (3) Developing Brand Assets and Brand Management Tools, and (4) Increasing Diversity and Inclusion.

During the NPS Centennial, the Director granted three waivers to test his expanded vision of philanthropy. the three waivers are as follows: 1) Donor Recognition: Naming of Interior Spaces, Benches, and Positions; 2) Donor Recognition: On Vehicles in Parks; 3) Sponsorship/Cause-Marketing: Anheuser Busch/InBev ability to sponsor the Find Your Park campaign of the Centennial - - lifts ban on alcohol co-branding specifically for this corporation. These three waivers continue to be evaluated and have informed portions of the updated Director's Order #21.

The updated Director's Order #21 significantly shifts delegation of authority to accept donations from WASO to regions and superintendents. The policy also identifies new threshold levels to accept donations or approve philanthropic agreements at the national, regional, park, and program levels. The policy will require NPS authorized employees to complete a training and certification program to develop the knowledge base and skills for success in philanthropy and partnerships. The policy will simplify the agreements process by creating four types of philanthropic agreements. Overall, the policy defines a new pathway for philanthropic partnerships to enhance the NPS parks and programs.

File documents for the above-mentioned memos, waivers, and reports are included on this site along with the updated Director's Order #21.