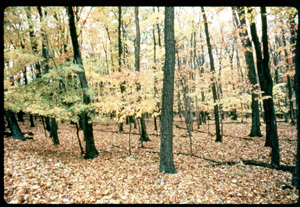 This Final White-tailed Deer Management Plan/Environmental Impact Statement describes four alternatives for the management of deer at Catoctin Mountain Park. The draft document was previously on public review in early 2007 and responses to public comment are addressed in this final EIS.

Under alternative A (no action) the existing deer management plan of limited fencing, use of repellents in landscaped areas, monitoring, data management and research would continue; no new deer management actions would be taken. Under alternative B several non-lethal actions, such as large-scale exclosures (fencing), increased use of repellents in limited areas and reproductive control of does would be taken to protect forest seedlings, promote forest regeneration and gradually reduce deer numbers in the park. Under alternative C (preferred alternative) direct reduction of the deer herd would be achieved by sharpshooting and by capture and euthanasia of individual deer in certain circumstances where sharpshooting would not be appropriate. Alternative D would combine elements from alternatives B and C and include sharpshooting, capture and euthanasia, and reproductive control of does.

A 30-day no-action period will follow the Environmental Protection Agency's Notice of Availability of the FEIS, which appeared on December 12, 2008. Following the 30-day period (after January 12th), a Record of Decision will be signed by the Regional Director of the National Capital Region that will document NPS approval of the Final White-tailed Deer Management Plan/ Environmental Impact Statement and identify the selected alternative for implementation.

Electronic files for the entire plan are provided below for viewing or downloading. Please contact Becky Loncosky at 301-416-0135 if you have trouble accessing the files.